Observing the changes in the Arctic Ocean: current gaps and impact of the future satellite missions 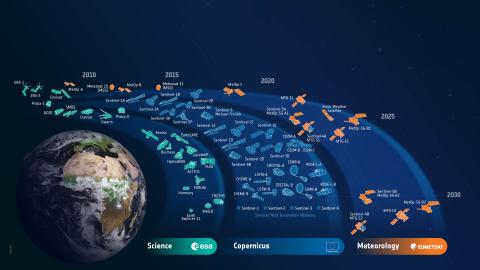 Arktalas Hoavva, funded by the European Space Agency, addresses four major scientific challenges for the Arctic. In the paper Changes in the Arctic Ocean: Knowledge gaps and Impact of future satellite missions, to be submitted, the past and present satellite observation capacity to address these major scientific challenges (the Arctic Amplification, the impact of more persistent and larger area of open water on sea ice dynamics, the impact of extreme event storms on sea-ice formation pattern and structures, and the Arctic Ocean spin-up) have been analysed.

To further understand our planet and in particular the Arctic Ocean requires reliable, consistent and regular information from satellites for a wide range of ocean and sea ice geophysical variables. Some observational gaps were identified in terms of spatial and temporal coverage and resolution, and also regarding some geophysical variables that are today estimated as the result of combinations between different sources of observations (e.g., the total ocean surface currents, or the snow depth over the sea ice).

The satellite-based continuity and new approved missions (see Sankey Diagrams) are expected to advance the monitoring of the above-mentioned challenges and secure long time series. To ensure accurate satellite observations over the long term, there is also a crucial need for Fiducial Reference Measurement (FRM) data for calibration and validation activities, especially in such challenging regions as the high-latitude seas and the Arctic Ocean. Finally, because of the difficulty to observe the Arctic Ocean with the spatiotemporal resolution that would be needed, either from satellites or in situ instruments, most studies rely today on the synergy between satellite observations, in situ measurements and modelling. Complemented with advances in development of a Digital Arctic Twin and multi-modal physical constrained analyses it is likely to deliver more reliable estimates of sea ice damage, break-up, leads formation, new ice formation, sea ice freeboard height, sea ice volume and mean sea level. The new observations, often at higher resolution, brought by the future satellite missions will also contribute to improve the validation of higher-resolution models and the understanding of the complex processes in the Arctic Ocean, allowing reanalyses and reconstruction of more reliable long time series.