An emerging apparent Arctic Amplification: A synthesis of paradigms and satellite observations 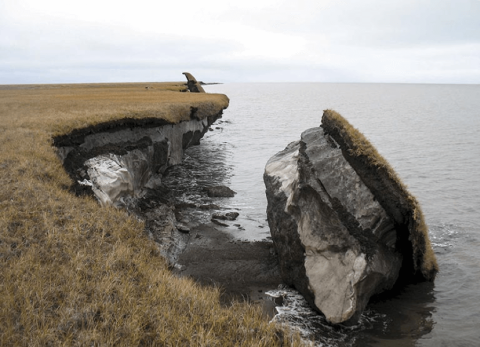 ARKTALAS Hoavva, funded by the European Space Agency, addresses four major scientific challenges for the Arctic. The rapid changes in the Arctic environment and climate, manifested through the Arctic Amplifications have been addressed in a synthesis study exploring the capabilities of satellite observations integrated in reanalysis modelling.

The Arctic changes rapidly. Global warming in this remote and cold region of the Earth is amplified and accelerated. Satellites witness temperature raise, sea ice loss and retreat, shortening of snow seasons, and massive changes in the Arctic biosphere, which include enhancement of phytoplankton and vegetation productivity as well as gradual northward advance of terrestrial tree-line and marine fisheries migration. The most pronounced changes are observed in the northern and eastern European parts of the Arctic i.e. Barents Sea [1], including the Svalbard area [2]. Here, mean wintertime temperatures have raised by 5-10 degrees C - three to seven times of the global average - over the last 100 years. Undoubtedly, this area become a culprit of the Arctic Amplification of the global warming.

The Arctic Amplification of surface temperature comes in pulses [3], see Figure 1. Long periods of high internal climate variability and slow climate trends are followed by intense decades of rapid and considerable changes. The most recent such periods have been captured by multitude of satellite observations. Rapid Arctic environmental transitions were spotted by satellites since mid-1990s, followed along 2000s, and further monitored until present. Figure 2 presents emergence of this apparent Arctic Amplification over several last decades, including the maximum index in 2000s coinciding with the period of the rapid multiyear sea ice retreat and drop of sea ice volume. As the transitions were unfolding in the marginal sea ice zone - the areas inaccessible to ground-born observations, - satellites have been indispensable in documenting those significant apparent climate shifts in the Arctic [4].

Satellite observations come in forms of assimilated retrospective weather analysis data (reanalysis) and gridded and native resolution satellite data products. Reanalysis is an important source for Arctic climate studies, for discovery of interacting physical processes and interlinked changes. Climate modeling further extends applications of the satellite observations, capitalizing on climate feedback studies as well as on projection of the Arctic Amplification to the future [5]. Yet, it was the satellite data products of poorly modeled essential climate variables (sea ice characteristics, vegetation indices, cloudiness) which have been essential to the recent fundamental change of the Arctic Amplification paradigm [6].

The traditional paradigm put the weight on local climate processes and feedbacks, such as, e.g., the ice-albedo feedback. The new paradigm attributes the Amplification drivers to the global energy sink and source redistribution, and therefore to dynamic effects in the atmospheric and oceanic meridional circulation. The local feedbacks are following in this paradigm making the Amplification apparent in the surface changes as soon as the surface transitions allow. The manifest of emerging apparent Amplification is the recent rapid temperature raise at the Barents Sea northern margins. Here, multiyear sea ice kept both the surface air temperature and the sea surface temperature at melting point during summertime, thus, holding on heat accumulation and related surface-layer feedbacks. In 2000s, multiyear ice has largely retreated [7], see Figure 3. Solar heating got access to the upper ocean storage reservoir setting back winter ice formation and triggering further warming. As land cover is more responsive to heat inflow in the atmosphere, Arctic vegetation productivity began to increase earlier with dominant effect of tundra shrubification and afforestation [8], see Figure 4.

The ARKTALAS study of the apparent Arctic Amplification synthesizes the new paradigm of this influential climate phenomenon and fragmented satellite observation studies which reveals one or another aspect of the Arctic environmental transitions. Our analysis builds upon diverse aggregated, processed, and published satellite data sets so that we can divert our attention from technical details of data acquisition and modeling favoring coherent discussion of physical hypothesis and broader assessment of evidence. 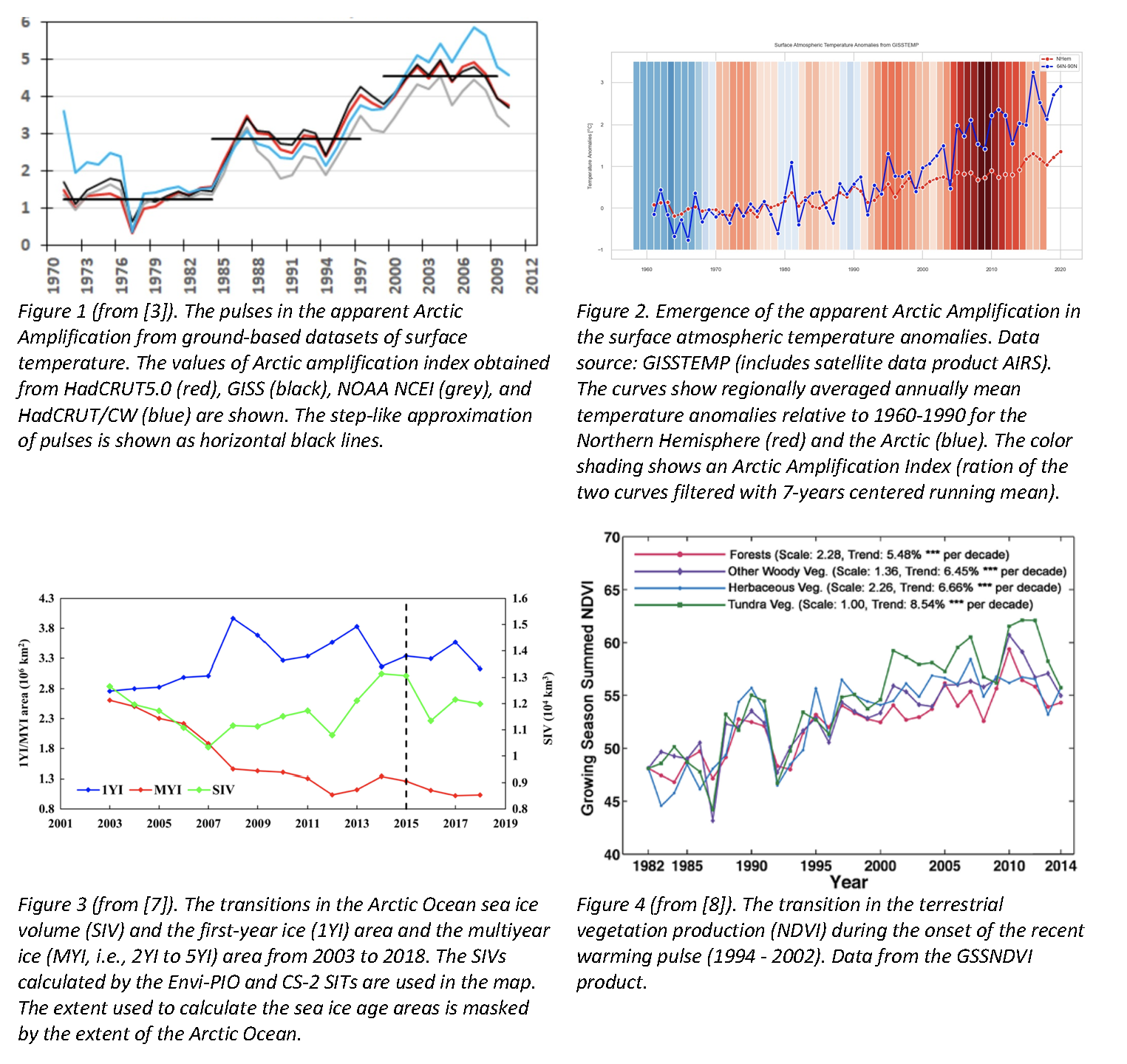 The study The Arctic amplification and its impact: A synthesis through satellite observations lead by Dr Igor Esau has been submitted to Remote Sensing, January 2023.