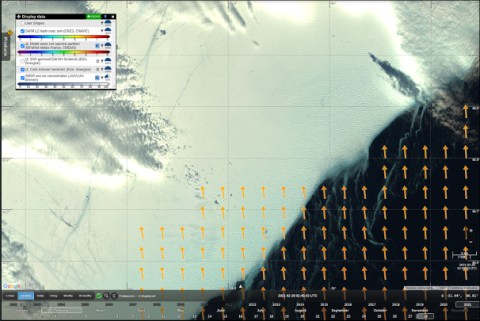 Arktalas Hoavva, funded by the European Space Agency, addresses four major scientific challenges for the Arctic. In the study Modelling the Arctic wave-affected marginal ice zone, comparison with ICESat-2 observations accepted the journal Philosophical Transactions A, the challenges related to characterize the impact of more persistent and larger area of open water on sea ice dynamics in the Arctic Ocean are addressed. The radar altimeter on board the ICESat-2 satellite have been instrumental to quantify the impact on the sea ice of waves propagating into the marginal ice zone (MIZ).

The sea ice covering the Arctic Ocean significantly attenuates the waves as they propagate from the open ocean into the pack ice. Consequently, waves are primarily penetrating into the vicinity of the ice edge - the so called marginal ice zone (MIZ). Waves play an important role in the MIZ as they can fragment the ice cover into floes of sizes ranging from a few metres to a few hundred metres. This fragmentation has a strong effect on atmosphere-ice-ocean interactions in the MIZ and can also affect the ice motion close to the ice edge, which is crucial to sea ice forecasting. It is therefore important that numerical models are able to predict where and when waves will be present in sea ice. Progress has been made in recent years thanks to knowledge acquired during various in-situ campaigns, but the evaluation of wave-in-ice models at the scale of the Arctic Ocean and over periods longer than a few days remains challenging. Very recent work has managed to estimate the ice-covered area of the Arctic that is affected by waves, which the authors call the wave-affected fraction (WAF), using an altimeter onboard ICESat-2, a satellite that was launched in 2018.

The study by Guillaume Boutin and colleagues has addressed this question of “Can we predict how far waves propagate in the sea ice”. This study makes use of the WAF dataset to assess the ability of a coupled wave—sea ice model (described in Figure 1) to capture the extent to which the waves propagate in ice. This comparison is not straightforward as model and observations data are very different. Observations from ICESat-2, in particular, are sparse and only detect waves above a certain height. The study suggests some approaches that address these difficulties and allow us to evaluate the model over the whole Arctic from January 2019 to April 2020. We find that the estimated wave propagation in ice in the model agrees well with observations, especially in winter (Figure 2). In autumn, however, the model underestimates the area affected by waves in the western part of the Arctic Basin. The study highlights the need for wave-in-ice models to have strong wave attenuation in thick, compact ice, but weaker attenuation in summer or during sea ice formation periods, in order to increase the quality of the predictions of sea ice breakup and formation. This increased understanding of wave-ice interactions modelling will enable a better assessment of the impact of more persistent and larger area of open water on sea ice dynamics in the Arctic Ocean in future studies. 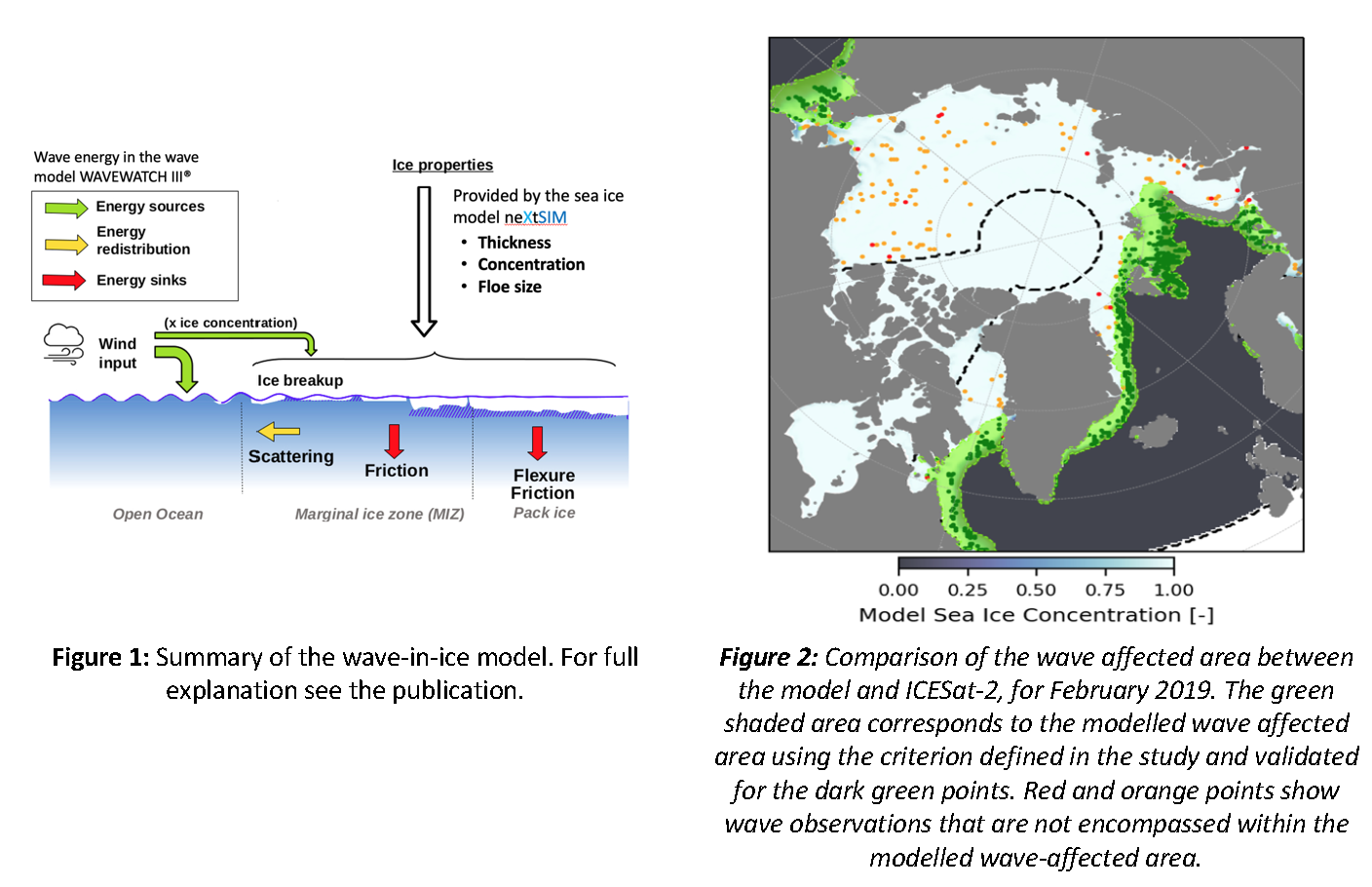