Mechanisms for extreme sea ice break-ups events in the Arctic 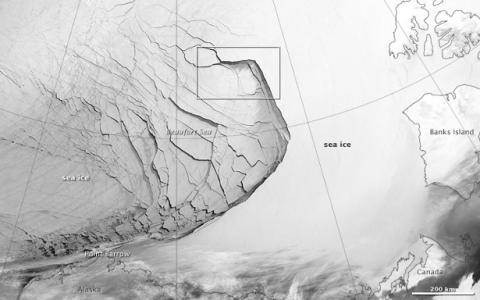 Arktalas Hoavva, funded by the European Space Agency, addresses four major scientific challenges for the Arctic. In the study Driving mechanisms of an extreme winter sea-ice breakup event in the Beaufort Seapublished in Geophysical Research Letter, the challenges related to understand, characterize and predict the impact of extreme event storms in sea-ice formation, by combined use of satellite sea ice observations and numerical sea ice modelling.

The study by Jonathan W. Rheinlænder et al. addresses the loss of thick multi-year sea ice in the Arctic Ocean leads to weaker sea ice that is more easily broken up by strong winds. As a consequence, extreme sea-ice breakup events may become more frequent, even during the middle of winter when the sea ice cover is frozen solid. This can lead to an earlier onset of the melt season and potentially accelerate Arctic sea ice loss. Such extreme breakup events are generally not captured by climate models - potentially limiting our confidence in future projections of Arctic sea ice. The published study has investigated the driving forces behind sea-ice breakup events during winter, exemplified with satellite observations from the merged Cryosat-SMOS data set and the neXtSIM sea ice model predictions for the Beaufort Sea (see movies). The used sea ice model is the first capable to reproduce such breakup events and reveals that the combination of strong winds and thin sea ice are key factors for these breakups. The study team found that winter breakups have a large effect on local heat and moisture transfer and cause enhanced sea ice production, but also increase the overall movement of the sea ice cover, making it more vulnerable. Finally, the study show that if the Arctic sea ice continues to become thinner, these extreme breakup events could become even more frequent under a future Arctic climate. Integrating observations, data processing and assimilation, predictions and presentations of integrated results, the study is a contribution towards the development of a digital twin of the Arctic Ocean. 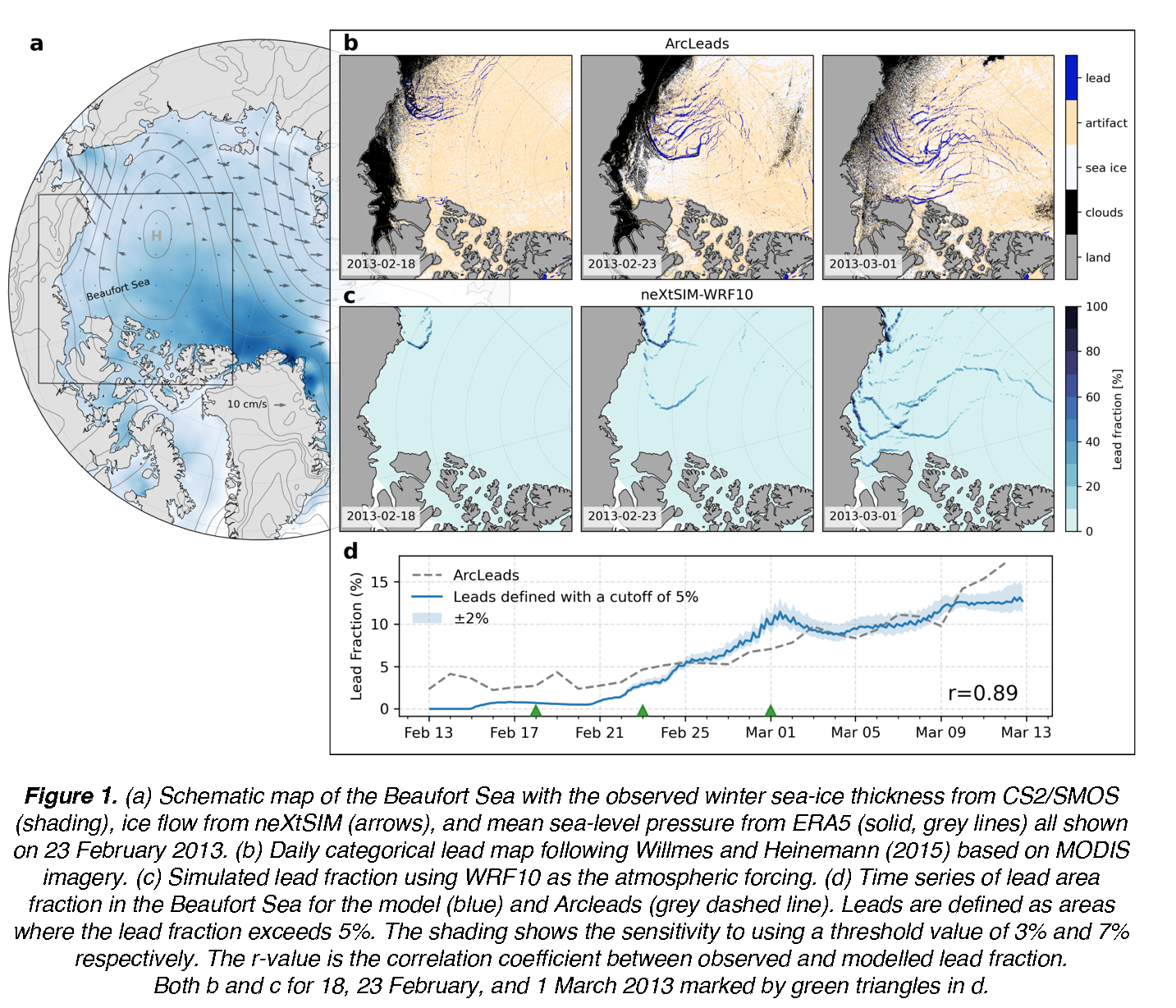